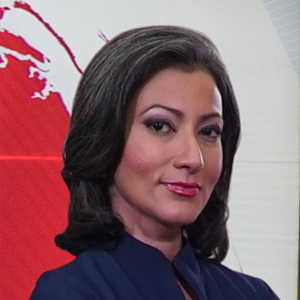 Sharanjit is an experienced broadcaster with nearly 20 years of experience covering international business, finance and politics. She anchors Asia Business Report (since 2003) and Newsday (since its inception in 2011) from the BBC's Singapore studio and is also a producer and reporter on both shows which air on BBC World News to nearly 400 million households worldwide.

Sharanjit has also anchored World Business Report, Impact and GMT in London, filed reports for radio on the BBC World Service (including a regular slot on Five Live's 'Wake Up to Money') and written for BBC news online. She’s also filed television reports for domestic BBC programmes such as the One and Six o’clock news and regularly anchors live on location for BBC World News on breaking stories in the region such a Typhoon Haiyan in the Philippines, and the search for Malaysia Airlines flight MH370. She’s presented and produced documentaries on BBC World News including the hour long ‘Singapore at 50’ which aired in 2015, documenting one of the 20th century's greatest success stories -- the transformation of her nation from developing to first world.

Noteworthy interviews, many of which she also arranged and produced, include the Presidents of the Philippines and East Timor, the Prime Ministers of Thailand, Pakistan and New Zealand, former Prime Ministers of Australia, Malaysia and Singapore, current and former Presidents of the World Bank and the IMF, chief executives and chairpersons from various Fortune 500 companies ranging from Microsoft to Walmart. She's now such a familiar face of business for viewers in Asia that she is regularly invited to moderate high level debates for the United Nations, the World Bank, the IMF, the ADB and other NGOs.