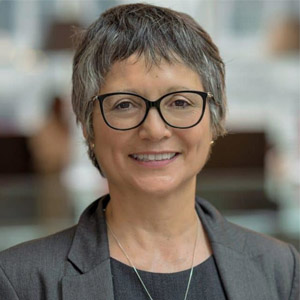 Madeleine joined Bloomberg in 2012 and has held various positions prior to her current role, including Executive Editor for Global Markets and for Breaking News as well as reporting and editing positions on the markets team.

Before working for Bloomberg, Madeleine spent over a decade at Dow Jones Newswires as a markets editor and reporter. She has also worked as an editor for Bridgewater Associates. Madeleine holds a degree in history from the University of Zurich. 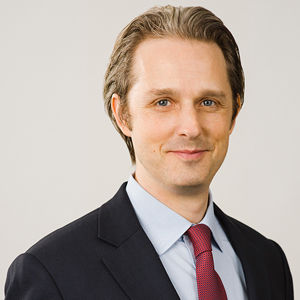 Patrick Barta is the Asia Enterprise Editor for The Wall Street Journal, managing major features projects and investigations in the region. Previously he was the Southeast Asia Bureau Chief for the Journal overseeing coverage of the 10-country ASEAN region, and also a regional economics and natural resources reporter based in Bangkok. Before moving to Asia he was part of the Journal’s U.S. economics team in New York, specializing in coverage of the U.S. property market and the 2000s-era housing bubble. He began his career at the Journal in 1997 as a real estate and agriculture reporter based in Houston, Tex. A native of Dallas, Mr. Barta received a bachelor’s degree from the University of Texas at Austin and a master’s degree from the Columbia University School of Journalism in New York. 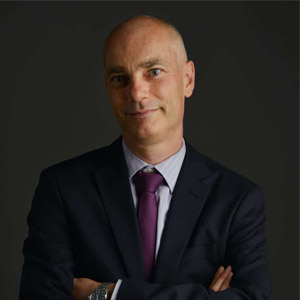 Cliff Buddle is a senior editor at the South China Morning Post. He has been a journalist for more than 30 years. Cliff began his career as a court reporter for news agencies in London before coming to Hong Kong to join the SCMP in 1994. He then covered the landmark constitutional cases in the late 1990s, following the city's return to China. Cliff's subsequent roles at the SCMP have included news editor, deputy editor, and acting editor-in-chief. He currently oversees culture coverage, while also writing editorials and columns. Cliff has a long association with SOPA, having first sat on the editorial sub-committee more than 10 years ago. 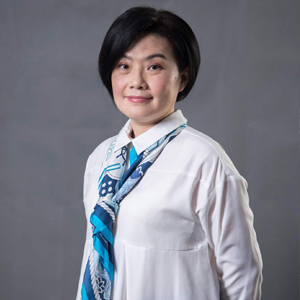 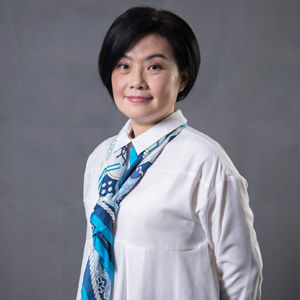 With a background in economics, Yi-Shan began her career in 1996 at CommonWealth before later joining the China Times (2004~2008). In her early career, Asia financial crisis brought her long term concern on financial reform, tax evasion, capital turbulence and inequality of globalization. She earned the master degree of economic policy management, a special program sponsored by World Bank/ IMF in Columbia University.
Since 2013, she participated several international cooperation projects of International Consortium of Investigative Journalists, including Offshore leaks, Panama paper, Paradise and Fake Science projects. She became the member of ICIJ on 2014.
She currently oversees CommonWealth Online news and financial news desk. Also she teaches in J-Scool of National Taiwan University. 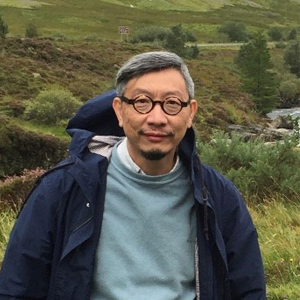 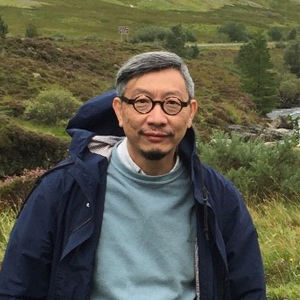 Wai Kong FUNG, is the Managing Editor of Apple Daily ( English Edition). He joined the newspaper in 1997 as the Editorial Writer. He was the Deputy Political Editor of South China Morning Post before that. Wai Kong FUNG was educated in Hong Kong and spent a year in University of Lancaster to study International Relations in 1992-93.

Mr. Kuo has bachelor and master's degree in political science in National Taiwan University. He was also supported by Fulbright scholarship program and studied at the political science department for PhD program of the University of Chicago in year 1997 to 2000.

Ravi Mattu is the Deputy Asia News Editor of the Financial Times. Since joining the FT in 2000, he has held a number of senior positions, including: Tech Editor; Editorial Director of FT2; Business Life editor, overseeing the management section of the paper; Acting Editor and Deputy Editor of the FT Weekend Magazine; and editor of Special Reports (magazines and websites), during which time he edited a number of titles and launched FT Wealth.

Ravi has interviewed leading CEOs, entrepreneurs and politicians, and is a frequent speaker and conference chair. 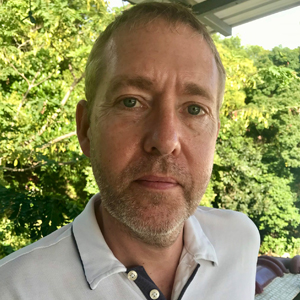 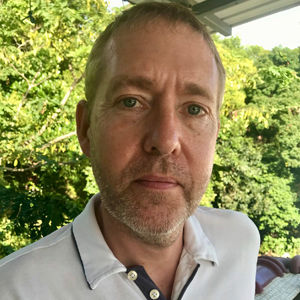 Bill Ridgers is The Economist’s Asia Digital Editor, responsible for the Asia newsdesk in Hong Kong. He regularly contributes articles to The Economist on big global topics, as well as on arts and sport. He was previously co-editor of the Espresso daily news-briefing app. Before that he was the business education editor at The Economist, editor of the Gulliver business-travel blog and deputy editor of “The World in” periodical. Prior to joining the newspaper, he was the editor of the long-running “Which MBA?” guide and was the chief travel and tourism analyst for the Economist Intelligence Unit (EIU). At the EIU he also edited the cost of living survey and devised its liveability rankings. He has written papers on talent management, education and the cost of doing business, and has published a book of business quotations. 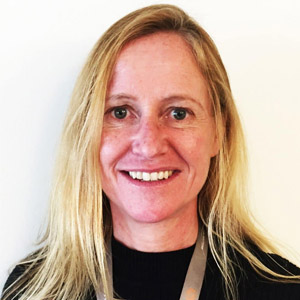 Anne Marie is Bureau Chief of Reuters in Hong Kong. She took up the post in the spring of 2014, having helped run the bureau from mid-2012 as chief correspondent and acting bureau chief. In her first year as bureau chief, she oversaw coverage of the pro-democracy protests in Hong Kong which won an award in the Breaking News category at the Society of Publishers in Asia (SOPA) for that year. She was also awarded the Reuters Editor of the year award for 2014. Anne Marie joined Reuters in 2002 in Singapore, where she worked as an editor on the company news desk, having previously worked at the Irish Times in Dublin and South China Morning Post in Hong Kong.

Kit Tang is the Executive Editor of Bloomberg Businessweek(Chinese)彭博商業周刊/中文版, a Chinese biweekly which was launched in June 2013 and built on the agreement between Bloomberg LP and Hong Kong-listed Modern Media.

Kit has joined Bloomberg Businessweek (Chinese) for 6 years, covering stories on business trends and social issues. A story on Hong Kong housing issue from her team has won a Society of Publishers in Asia award for feature story 2019.

Before that, she was in the business team of Next Magazine and Hong Kong Economic Times, covering investigative stories on Hong Kong-listed companies, global market trends and central banks and monetary policy. 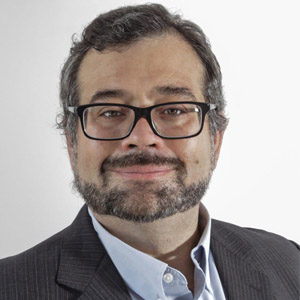 Carlos Tejada is the deputy Asia editor for The New York Times, based in Seoul, South Korea. He has worked in east Asia as an editor and a reporter since 2008. 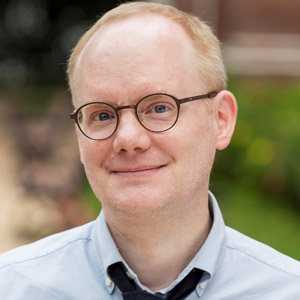 Jeffrey Timmermans is an associate professor and director of the undergraduate journalism programme at The University of Hong Kong. He has more than two decades of experience in Asia as a financial journalist and journalism educator, having worked as a reporter in Tokyo for The Wall Street Journal and as a managing editor for Dow Jones Newswires in Hong Kong and Singapore. He also worked for Bain & Company, leading the global strategy consulting firm's public-relations efforts in Asia, before joining the faculty of HKU's Journalism & Media Studies Centre in 2008. Jeffrey is a former governor of the Foreign Correspondents' Club of Hong Kong and has served as Head of Judges of the SOPA Awards since 2014. He holds a BA in Asian Studies from Colgate University, a MS in Journalism from Columbia University, and a PhD from The University of Hong Kong. 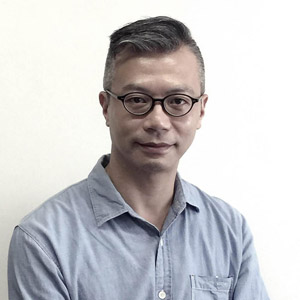 Matthew Leung joined the JMSC in 2003 as creative director responsible for developing, designing and publishing educational and promotional materials. He has more than 16 years experience in editorial production, including design, graphics and desktop publishing, and in exhibition, museum, showroom and event production. He holds a master's degree from the University of Technology, Sydney, in Australia.